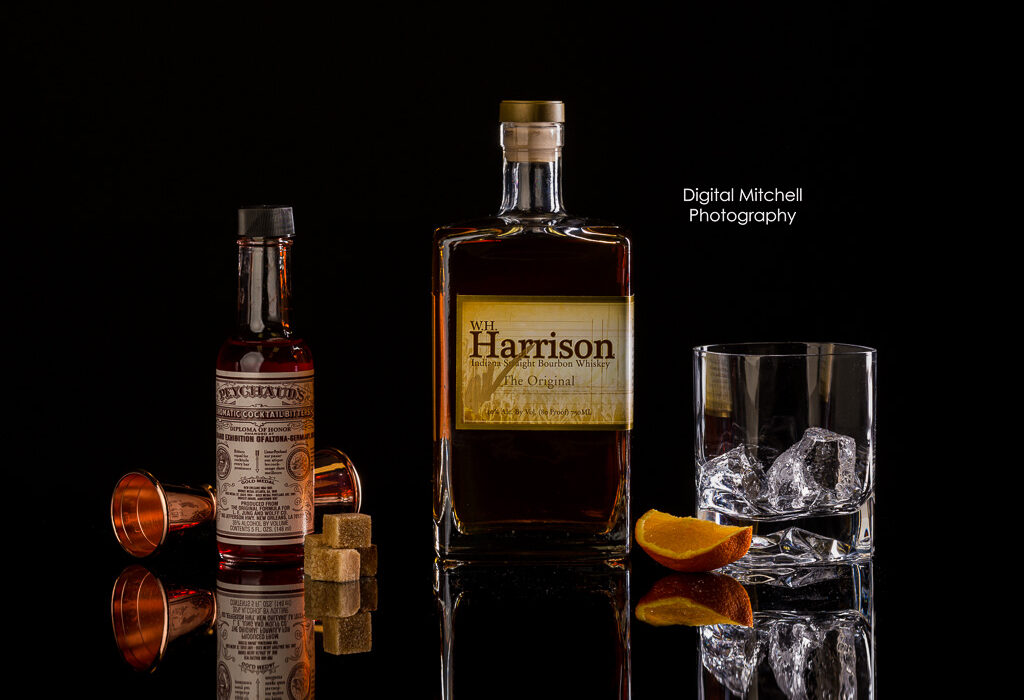 The Bourbon is named in honor of William Henry Harrison (1773-1841), the Governor of the Indiana Territory and ninth President of the United States.

Harrison is the Original Indiana Bourbon, founded by Hoosiers with the conviction that great Bourbon can be made on either side of the Ohio River.Our Bourbon’s namesake is the original Hoosier leader, William Henry Harrison, the Indiana Governor and a diplomat in crafting peace measures with Native Americans. He went on to become the first U.S. President from Indiana.Because we believe History Matters, a portion of our profits are donated to History Education programs.

Our local liquor store City-Wide Liquors brought in Jerry Knight CEO & Founder of Tipton Spirits, and he brought with him two of his Harrison Bourbon for us to taste. We liked them both, Dawn liked most their Straight and I liked best their Barrel Strength. Unfortunately even though we got there early, they sold out of the Barrel proof named Governor’s Reserve, so we only went home with this bottle to drink…and photograph. …but we did get it signed by Jerry!