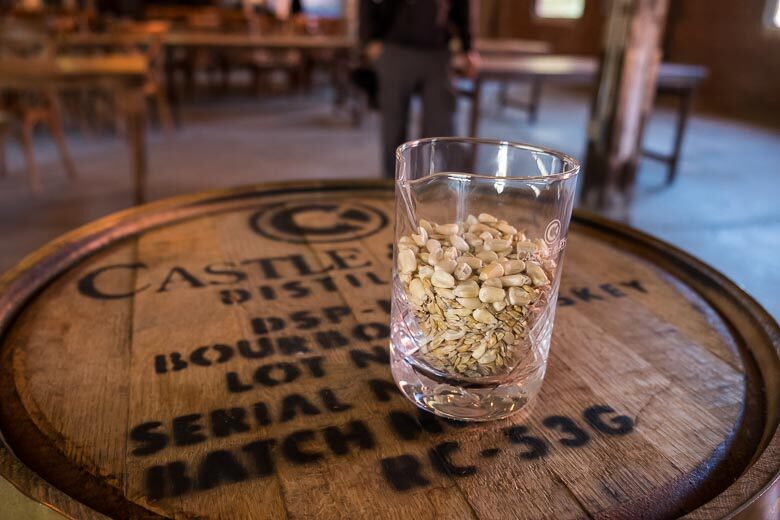 For American whiskeys, the grain combinations that creates the spirit’s recipe is known as the mash bill.

In understanding a whiskey’s mash bill, it can allow you to identify if you have a preference for a particular grain combination. For Example; Bourbon and Tennessee Whiskey, each one of these whiskey classes are at least 51% corn. So there is 49% of the remaining mash bill that the master distiller gets to experiment with.

There are generally high rye bourbon, high wheat bourbon or high corn bourbons, however any grain can be that second most used grain in the mash bill, like sorghum.

Here are mash bills for some popular whiskies:

Most whiskies use three grains: corn, rye, barley. When comparing the mash bills, there are a few exceptions. Makers Mark uses wheat in place of Rye. So, if you enjoy Marker’s Mark then you may prefer a higher wheated bourbon. The whiskey with a rye content above 15% could be considered a high rye bourbon. If you enjoy Bulleit or Old Grandad the higher rye content is probably what you are liking. Two of the most popular Tennessee Whiskies; George Dickel and Jack Daniels, have a high corn mash bill. If this is your preference then the sweet notes of corn are what you are most likely tasting.

On the list above, Jim Beam and Knob Creek have the same mash bill. Guess what, they are made at the same distillery and aged in the same rick house. If you prefer one over the other, it is due to time in the oak barrel (Knob Creek is aged longer) and location in the rick house.