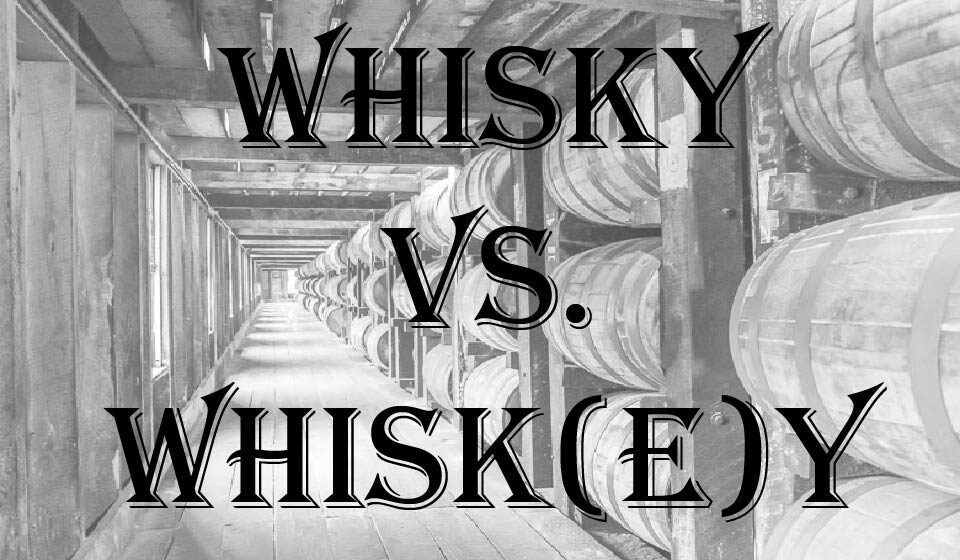 What’s in a letter? You may have seen the word Whisk(e)y spelled two ways and wondered: “What’s up with that?“

The origins of this can be traced back to the earliest of whisk(e)y producers, the Scotch and the Irish, who used the different spellings to distinguish themselves from one another.

An easy way to remember which spelling to use in your location; typically if the country has an “E” in their name then they would use “Whiskey” with an “E.” Major whiskey producing countries like the United States of America, Ireland use the “E” but Scotland, Canada and Japan do not.

To every rule there is an exception, and so is true with this one. Whiskey producers Maker’s Mark and Old Forester, both from The United States of America, use the word “Whisky” without the “E” as a way to pay respect to their Scotch heritage.

The editorial guide at the New York Times held that they would always use the American way of the spelling with the “E.” However, with increasing pressure from the Whisk(e)y population they are now using the country of origin version of the spelling.

How To Store Whisk(e)y