What’s On The Label & What Does It All Mean? 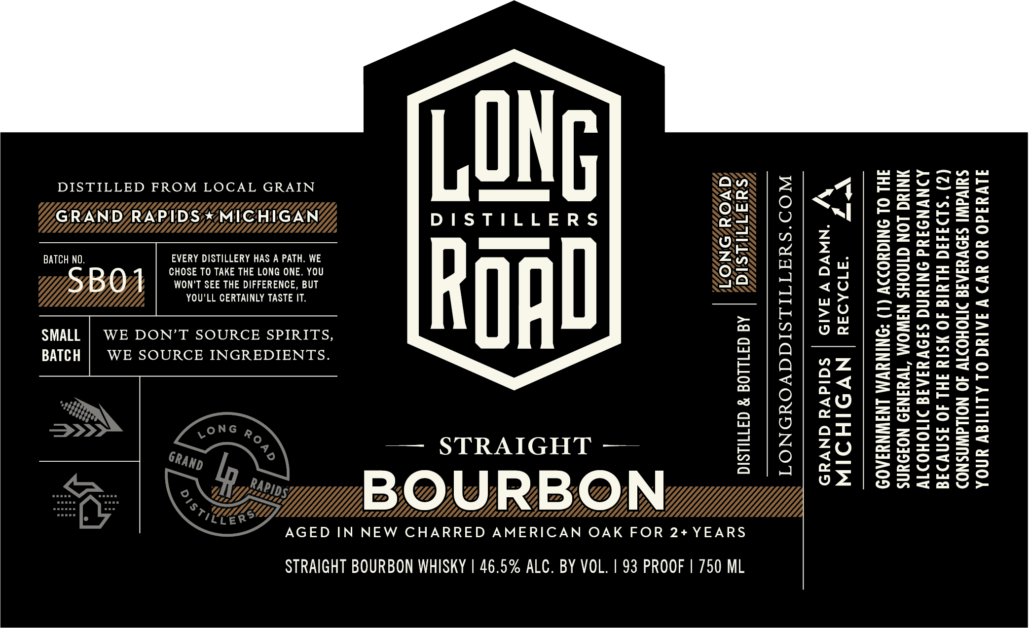 There are lots of terms and sayings on the label of a bottle of Bourbon. Some are meaningful and some are just marketing jargon. Words and phrases like: Small Batch, Barrel Proof , Distilled By, and Bottled In Bond ares just a few that you will come across.
What we have tried to do here is give you information on how to read the label and know what you are buying.
First things first, is the bottle you are looking at Bourbon or Whisk(e)y? Lets first review what it means be be called a Bourbon:

To Be Called Bourbon:

Heaven Hill’s Whiskey Ambassador Bernie Lubbers puts it this way: “I think of everything I see on a label as a merit badge. Each word there means something, and if you know how to decode what’s there, you can learn everything you need to know about a Bourbon.”

We can further break down Bourbon into these classifications:

To be called Kentucky Bourbon it has to be produced, then aged for at least one year in the state of Kentucky. Lubbers suggests the word “Kentucky” also communicates a regional quality standard, in the same vein as Cognac, Champagne, or Tequila, which are all products produced in a specific geographic area and climate.

To be called Straight Bourbon it must be aged for a minimum of two years. If it is aged less than four years, it must have an age statement on the label.

If the bottle of spirits, that you are holding, does not meet the above criteria then you have one of the many types of whisk(e)ys and you can read the differences in this post.

Therefore, for a product to be called a Kentucky Straight Bourbon Whisk(e)y, it must meet the following requirements:

OK, now that you have a better understanding of what you are holding and looking at, there are several items to make note of that should be printed on the label:

The Brand Name
The Name on the bottle. For example: The Jim Beam distillery makes several bourbon brands: Booker’s, Basil Hayden’s, Baker’s, and of course, their White Label brand.

The Alcohol Content or ABV
Alcohol By Volume, which is the percentage of alcohol in the liquid.

The Proof
Another way to measure the alcohol content, which is twice the ABV, so if it is 50 ABV then the Proof is 100. (See this Post for more info.)

Net Contents
The liquid volume in the bottle which is 50ml, 200ml, 350ml, 750ml, 1 liter, or 1.5 liters in the United States. By law this must be stated in metric units of measurement.

“Straight”
Straight, see above for the definition. However, if the label says “Straight Bourbon With” then beware it is no longer straight nor is it Bourbon.

An Age Statement
Is only required if the Bourbon is less than two years old, but many older ones proudly proclaim their time in the barrel. It also means that there can be absolutely no product in the bottle aged less than the number of years declared, though there could be older whiskey inside.

A Lot # or Batch # for Single Barrels And Small Batches
Neither of which has a legal definition, and it does not legally have to appear, but many a aficionado like to know this information and typically distillers and bottlers are happy to supply it. If a bottle is filled from a single barrel then it most likely will have a number representing that individual barrel on it. If you really like that taste then you can purchase additional bottles that have that identical number on it. If it has a different number then it could taste different. A batch is just a comingling of multiple barrels, but is generally a lower number of barrels then what would typically be used to make a run of that brand.

Single Barrel
Every barrel used for the maturation “aging” process can be slightly different from other barrels in the process. To capture this unique characteristic, distillers created the “Single-Barrel” or “Single-Cask” category. A single barrel means that it comes from only one specific barrel. It has NOT been blended with whiskies from other barrels. Bottles from a single barrel are typically marked with the number of the barrel as to identify the whiskey from other single barrels. Single Barrel whiskies are very limited in quantity and can never be duplicated, hence the higher price you’ll pay at the checkout counter. So if you find one that you really like then go back to the liquor store and look for that exact same Barrel Number and purchase more because it will never be made again.

Cask Strength
Cask strength whiskey can also be known as barrel-strength or barrel-proof. Very simply, this refers to the level of alcohol, ABV, the whiskey is at when it is extracted straight from the barrel and and into the bottle. “Cask Strength” comes from Scotch whisky and Irish whiskey.

Not Chilled Filtered
One phrase you might or might not see on a label is Chilled or Not Chilled Filtered. This refers to the process of cooling the whiskey before it goes into the bottle and then removing some of the natural fatty acids, esters and proteins that would normally cause “clouding” in a drinker’s glass when they add ice. It is a process used just mainly to make the consumer like the way their beverage looks, however many say that what is removed actually detracts from the taste and aroma of the whiskey.

Health Warning
By law this must appear on all alcoholic beverages containing 0.5% alcohol by volume or higher.

Name and Address
This identifies where the bourbon was distilled and bottled, which are not always the same location

And Now For A Word About “Sourcing”
If you see a bottle of whiskey with the terms “Bottled by..,” “Hand-bottled by….,” “Selected by….,” “Blended by…,” “Produced by….,” or something similar, it’s a good bet that the whiskey has been “sourced” or purchased from another distillery. The only term which can guarantee the provenance of your bottle of whiskey at this point in American labelling law is the term “Distilled and Bottled by….”

Now, that said, just because the people who bottled the whiskey are not the same who made it doesn’t mean that it is a lesser whiskey. Keep in mind that the “master blender” selected the individual barrels to blend together to make the finished product, as they can be amazingly good tasting, and sometimes expensive.