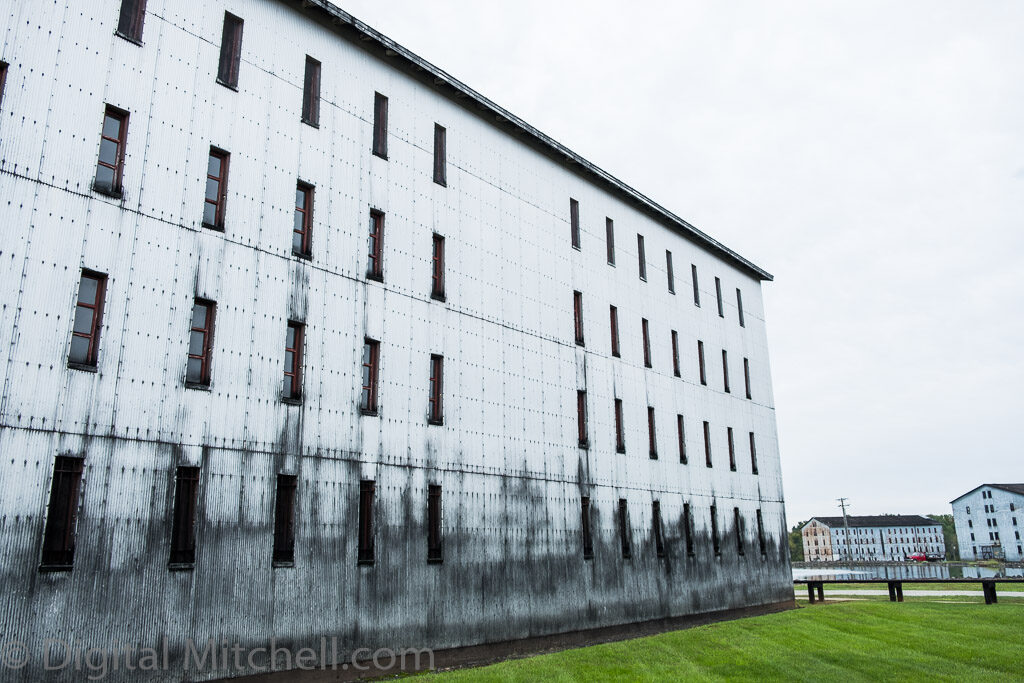 Baudoinia compniacensis is a sac fungus which has been observed on a variety of substrates in the vicinity of distilleries, spirits maturation facilities, bonded warehouses, and bakeries. The fungus is a habitat colonist with a preference for airborne alcohol, earning it the nickname whiskey fungus.

Baudoinia compniacensis can be identified by its black, effused mycelium that can be velvety or crust-like. It features hyphae which are vegetative, dark brown, thick-walled, and often moniliform; although it lacks distinctive conidiophores. Conidiogenous cells can be found integrated within vegetative hyphae. Its conidia are dry, nonseptate or uniseptate, at the median. The conidia are thick-walled, globose to barrel-shaped, brown to black, and typically found with coarse surface ornamentation, dehiscing by schizolysis. Ramoconidia are absent. Colonies on MLA grow slowly and are dark in pigmentation. Synanamorphs are absent during its asexual reproduction stages. The presence of teleomorphs is unknown.[1]

Baudoinia species use ethanol for their carbon nutrition, however growth rates suggest that this is not their only source of calories. Ethanol in vapour form also accelerates the growth of the fungus and stimulates spore germination. The ability to withstand high temperatures and therefore colonize habitats such as roofing, may be explained by the observation that ethanol vapour stimulates the formation of special heat-protective proteins that prevent cells from being killed under these relatively extreme conditions.[3]

Baudoinia compniacensis is black in colour and is partly responsible for the frequently observed phenomenon of ‘Warehouse Staining’, reported originally from the walls of buildings near brandy maturation warehouses in Cognac, France. Baudoinia compniacensis is a cosmopolitan colonist of outdoor surfaces subjected to extreme daily temperature shifts, elevated high relative humidity, periodic wetting, and ambient airborne ethanol.[3] It is known from a wide range of substrates. For example, the UAMH Centre for Global Microfungal Biodiversity[4] lists isolates recovered from tree bark,[a] concrete,[b] PVC plastic,[c] galvanized roofing,[d] masonry,[e] and stone.[f]

Baudoinia compniacensis is not uniquely associated with spirit maturation and manufacture as one sample that was examined came from a commercial bakery, although the fermentation byproducts of yeast include ethanol and its vapors. Ethanol vapor appears to be important in habitat determinant and Baudoinia species may occur in association with natural fermentative processes, such as seasonal fruit drops, bogs, natural composts, etc.[1] B. compniacensis may also occur around places where automotive fuel is stored or transferred, as ethanol is required to be blended with gasoline in most countries.

It has been recorded through the radula marks left following grazing, as a well utilized food source of snails and slugs.[1]

B. compniacensis was first investigated in 1872 when Michel Charles Durieu de Maisonneuve and Casimir Roumeguère examined a black, sooty growth found on the walls and roof tiles of buildings near distilleries in Cognac, France at the instigation of the French pharmacist, Antonin Baudoin.[1] It has been widely recorded in Asia, Europe and the Americas.[1]

B. compniacensis on buildings and plants

Although the fungus forms a coating layer on tree bark, this slow growing species does not seem to harm the plants by blocking the lenticels or significantly reduce their growth rates. Deciduous species also have the extra benefit of developing new leaves annually.

The fungus can be removed from buildings using high pressure water jets, bleach, etc. It has not been shown to cause anything other than cosmetic effects[2] thanks to its mode of nutrition via the carboniferous atmosphere, rather than the decay of building materials in general. Mosses, lichens and algae also grow on solid vertical surfaces, and slopes in the same fashion as the Angel’s Share fungus and do not damage the infrastructure of built structures.